A one year collaborative project by Bo Jones and Elena Thomas

Initially, works were exchanged, worked upon and returned in a different form. Digital images were altered, became stitched pieces, and then were digitised for further manipulation. Eventually, habits and interests started to emerge from the play…

Bo’s work grew into an exploration of the complexity of the pixel, and research into the singularity and destructive beauty of virus and bacteria. Images were manipulated and infected using iPad apps.

My work became a realisation of the uselessness of one. Stitches only function in multitudes. There is strength in numbers. Aristotle’s words “The whole is greater than the sum of its parts” became a motto while constructing pieces, and eventually clothing, from left over scraps from other projects, and the fragments that would otherwise have been thrown away. We are more than just the parts you see, we affect people, and are affected by people all the time. We are stronger together. The stitching has become a metaphor. 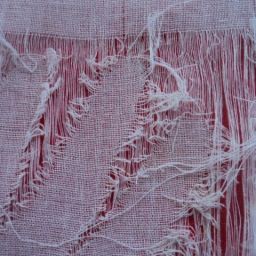 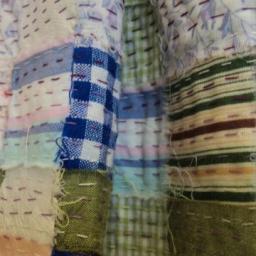 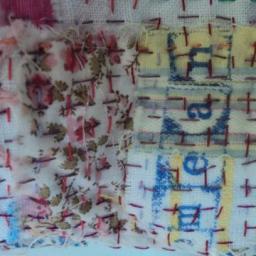 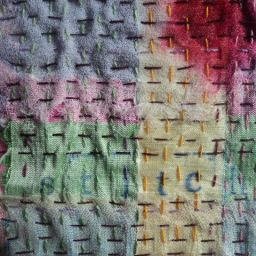